At an altitude of 2479 m between Val Formazza and Upper Valais, the Passo del Gries was the most direct route between the Lombard plain and central Switzerland for five centuries. Men, goods and ideas passed through the Gries pass, from Milan to Bern, from the Mediterranean to the plains of Central Europe. It was a commercial road, a caravan route travelled by long lines of mules loaded with goods. Cattle, hides and cheeses (the "sbrinz" of the Bernese Oberland), were brought down from the north, but also luxury products such as the precious crystals processed by the monks of Engelberg destined for the Italian courts. Lombard cloths and silks came up from the south, and above all the wine from Ossola, exported to the French court.

On 12 August 1397, in Munster, the capital of Goms, the birthplace of the Walser people, representatives from Ossola and Val Formazza met with those from the city of Bern, the Abbey of Interlaken, the Hasli and Goms communities to sign a convention guaranteeing a common commitment to the opening of a trade route between Milan and Bern. A great road in the heart of Europe: 600 years ago. The contract foresaw the construction and maintenance of a road that from Grimsel, crossed the Gries to Ossola to promote trade between the north and Lombardy. Everyone was committed to the good management and control of the road access in their area: the Bernese up to the Grimsel pass, where a hospice would be built in those years, the Munster men from Grimsel to Gries, and the cheesemakers up to the pass. Rules were also dictated regarding the duties to be collected, and the security of the transit that each community had to provide.

The process of recovering historical memory and the spirit of collaboration that is still alive between the mountain populations on both sides of the border have contributed to the recent re-evaluation of this ancient historic route: the Via del Gries has been part of one of Switzerland's 12 Cultural Routes of National Interest since 2002. The itinerary is called "Via Sbrinz" or "Sbrinz Route", a seven-stage journey from Lucerne to Domodossola for those who wish to rediscover the thrill of slowly walking along the historical trails.

Every summer, as a historical re-enactment, the itinerary is travelled by a caravan of mules and goods (www.sbrinz-route.ch).

The trail of the Via del Gries, with the exception of the section of the Gries pass, mainly winds through the bottom of the valley, through residential areas and near the main road (SS659). The numerous accommodation and catering possibilities along the valley allows you to choose the length of the stages according to your level of preparation. From Crevoladossola to Ulrichen a minimum of 3 stages is common. However, it is recommended to do the walk in 4 stages for those who want to walk slowly to discover the natural, historical and cultural wonders of the valley.

There are many possibilities for refreshment and accommodation in the villages that are crossed in the valley. The Domodossola - Cascata del Toce bus line connects all the villages of the Valle Antigorio Formazza. 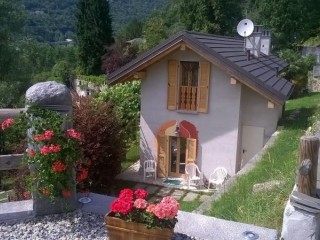 Verbano-Cusio-Ossola | Bed & Breakfast
B&B Popai Le Coin Perdu
Ancient farmhouse recently renovated, the Popai B&B is located in Montecrestese, a small village in Val d'Ossola. The facility has a large park, where you can sit under the linden trees and sip a tea as you gaze at the panorama that stretches as far as Domodossola and the famous Domobianca ski …
open accommodation information | see on map 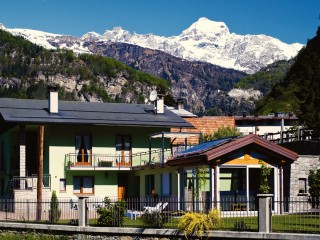 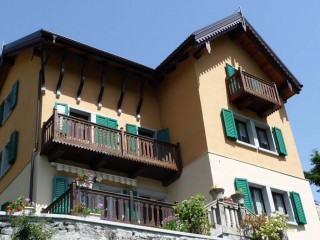 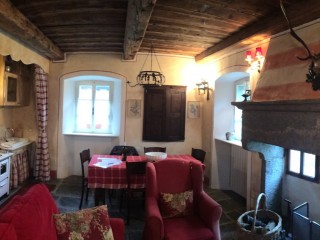 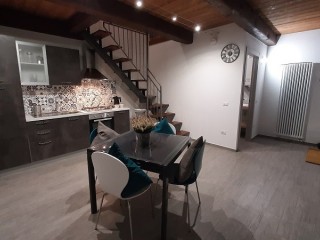 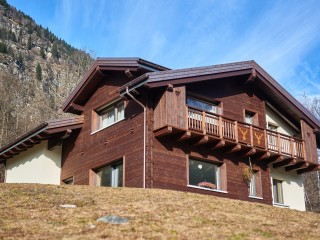 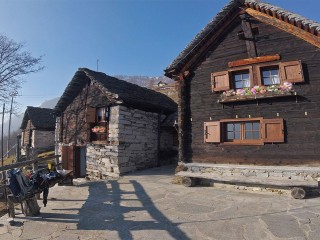