The itinerary starts from the centre of San Martino Alfieri, dominated by the majestic castle, built between 1696 and 1721, circondated by a park realized in 1815, according to the new romantic english style, commissioned by Marquis Carlo Emanuele Alfieri di Sostegno. The urban planning and the parish church were planned by the engineer Cavaliere Ernesto Melano, who had already worked in the area. About numerous hamlets of San Martino Alfieri, we remember the one of Marelli, where Monsignor Giuseppe Marello was born, proclaimed Saint in 2001. We go to the north-west, for a first stretch along the provincial road until we reach the detour to the hamlet of Firano. The way continues along Sana road, through the vineyards and lawns. Continue as far as the town hall for Lavezzole (Variant 1C). We then head north in the Borbore valley, still in the middle of meadow and pasture fields, passing under the village of Celle Enomondo, the point of arrival of the first stage. 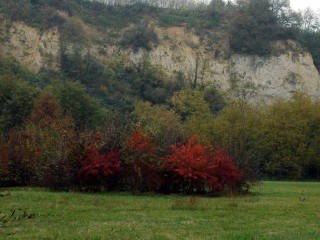 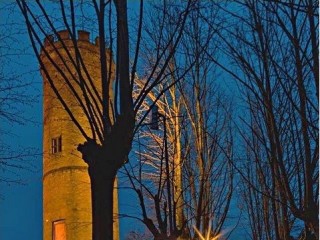 Asti | Castles, Fortresses
Torre del Conte Ballada di Saint Robert
The park and the tower are home to a museum tour dedicated to the extraordinary figure of the Count of San Robert. Visitors can discover the life and the meaning of the works of the Count through his highly intellectual studies and precursors of modern theories (ballistic, artillery, mechanical, …
open accommodation information | see on map