From the SP13A, which leads to Celle Enomondo, we continue along the SP13 until we arrive near Pianetti, from where we take a country road that crosses large cultivated areas, skirting the Triversa stream and passing through Perosini. At the end of the road we turn left towards Rivere, from where we will have to walk about 200 m along the provincial road n.12. In this area there is the wildlife reserve OASI FAUNISTICA DI TIGLIOLE (LIPU) and, continuing, you can find one of the masterpieces of the Romanesque art of the Asti area, the church of San Lorenzo di Tigliole. As in other cases in Asti, this masterpiece testifies the presence of the original village, which appeared for the first time in the land registers in 1507. It is a Romanesque church, with a rectangular layout and original masonry of the apse, having the typical two-coloured texture by using bricks and sandstone. The church hosts exhibitions and cultural events. The path continues, first towards the centre of Tigliole, along Via Roma, and then, turning right, towards the valley and then towards the hamlet of San Carlo, the arrival point of the second stage and the beginning of the fourth. From here you can also walk along the Via dell'Acqua in the direction of Cantarana. The first historical information about Tigliole dates back to 974 A.D., its name deriving from the Tilius tree. In ancient times it was made up of two distinct centres, a lower one corresponding to the area surrounding the church of San Lorenzo, of which today no evidence remains apart from the church itself, and an upper one corresponding to the current inhabited centre. Historically the population of Tigliole has always been little dedicated to agriculture while trade has always flourished. With the transfer of ownership to the Savoys and the loss of commercial benefits, the local population was forced to engage in agriculture and it remains one of the main activities to date. 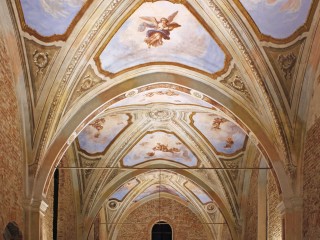 Asti | Museum
Museo Diocesano San Giovanni
"Spazio San Giovanni", is the first core of the Cathedral’s Diocesan Museum. The visit includes the main body of the former Church of San Giovanni, first early Christian Cathedral of the city of Asti, and the 8th century crypt below connected to the main body through the hypogeal south aisle. …
open accommodation information | see on map 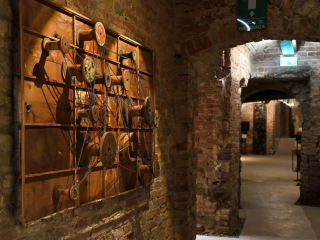 Asti | Museum
Palazzo Alfieri e Fondazione Museo Eugenio Guglielminetti
This is where the famous dramatist Vittorio Alfieri from Asti was born on 16 January 1749. His family took possession of the palazzo in the 17th century and it was "modernised" by the architect Benedetto Alfieri (Vittorio's cousin) sometime around 1736. Beyond the small atrium, there is a …
open accommodation information | see on map