In 1553, Valle Anzasca was visited by Joachim de Annono, "homo da bene" and official of the Spanish governor of Milan. He was a powerful man who came to check whether the Valle Anzasca inhabitants were able to pay the exorbitant monthly tax. He remained in the valley for 14 days and on his return, he wrote a precise and documented report. This was the first description of the Strà Granda that goes up from Piedimulera to Macugnaga and then climbs the steep mountain of Monte Moro and leads to Valle di Saas. At the centre of his journey is the medieval road of Valle Anzasca: "... I find this valley has very little or close to nothing as far as flatness is concerned, is roughly sixteen miles long, takes place among very high mountains in the middle of which a great torrent called Anza flows, descending from an icy mountain, with such ice being permanent at the bottom of such Valley, and with such torrent becoming a Brook among many brooks which go down here and there among the aforementioned mountains, and to reach such valley you must go up a mountain for about a mile so as to find the straight road built among these mountains, about an arm and a half wide, and in such place such road is more or less very tall and steep;..." 400 years on from the walk of Joachim de Annono, this path can still be travelled today. The history of the valley has passed on the worn-out paving that marks its hairpin bends. Not the Great History, but the humble and hidden history of muleteers who went to Switzerland or the valley people who went down to the market of Vogogna to stock up on grain. The shiny paving of each hairpin bend has witnessed the furious village wars and the passing of loads of gold coming down to the towns. Walking on the Strà Granda of Anzasca means travelling back in time on a historical infra-village communication path. Above Piedimulera there is the Oratory of San Giovanni Nepomuceno, a significant protector against drownings and floods (even against gossip mongers!); in Mezzamulera, famous for its hemp weaving, there are special recesses in the wall for loading mules. In Cà Turnal an anvil, a pincer and a hammer engraved on a stone slab bear the Ghibelline coat of arms used at Ferraria, one of the factions that stained Ossola with blood in the 16th century. There are also ovens in the hamlets for the collective baking of bread a few times a year, the consortium presses for marc (a little masterpiece of rural engineering can be found in Morolongo), the windmills and millstones for extracting walnut oil.
There are hundreds of findings of peasant culture material scattered along the Strà Granda which becomes the thematic path to discover the Alpine civilization developed among these mountains. Furthermore, at the head of the valley, the magnificence of the east wall of Monte Rosa, two-thousand metres of rock and ice, the only wall of Himalayan dimensions among the Alps. The valley is anomalous, with two cultures (the Walser culture and the Romance culture), which preserves a high degree of naturalness and ancient harmony between man and environment.

In addition to the scattered traces of rural life, the route reveals a continuous succession of churches, oratories, votive chapels and frescoes. The upper part of Passo del Moro offers breathtaking scenic views of the East wall of Monte Rosa and of the 4000 m of the Valle di Saas. Both Macugnaga and the towns of the Valle di Saas are Walser colonies around Monte Rosa.

From Piedimulera to Macugnaga there is a bus service. From Macugnaga to Passo del Moro there are cable cars that allow you to shorten or cancel the most difficult stage

By car: A8 motorway from Milan or A4 motorway from Torino and continuation on A26 motorway for Gravellona Toce. Continue on SS33 del Sempione to the Piedimulera exit. From Piedimulera the SS 549 of Valle Anzasca goes up as far as Macugnaga. 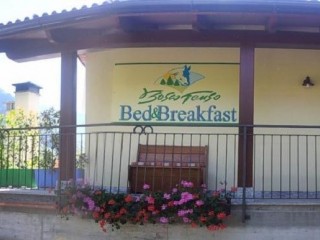 Verbano-Cusio-Ossola | Bed & Breakfast
Bosco Tenso
B&B Bosco Tenso is located in Premosello Chiovenda, municipality of the Val Grande National Park, and located inside the homonymous Equestrian Centre, at the edge of the Bosco Tenso WWF Natural Didactic Oasis. The rooms are all simply furnished, with balcony and private bathroom with hairdryer and …
open accommodation information | see on map 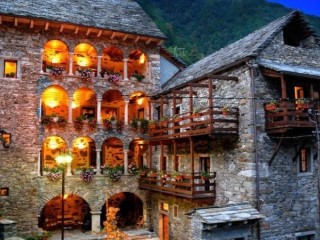 Verbano-Cusio-Ossola | Holidays Houses and Youth Hostels
Dimora storica Casa Vanni
Casa Vanni, an historic 17th century residence is located in Borgomezzavalle, in the middle of the renowned Antrona Valley, paradise for nature and culture lovers. Of considerable interest is the mirror, designed to have sun during the winter months. Guests can enjoy a picturesque walk among the …
open accommodation information | see on map 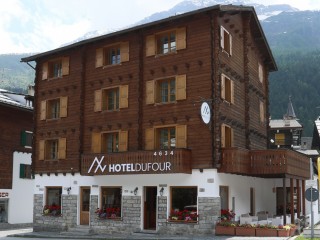 Verbano-Cusio-Ossola | Hotels and tourist residences
Hotel Dufour
Hotel Dufour, a three star hotel in the heart of Macugnaga, in the main square of Staffa, is the ideal destination for your holidays in the mountains, focused on sport, fun or, simply, on total relaxation. Macugnaga offers many different activities in summer or winter including trekking, hiking, …
open accommodation information | see on map 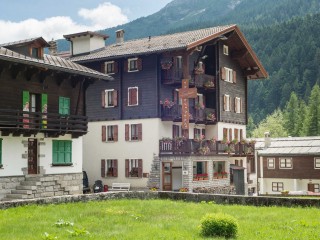 Verbano-Cusio-Ossola | Hotels and tourist residences
Hotel Signal
Hotel Signal, a three star hotel in the heart of Macugnaga, in the area called Pecetto, is the ideal destination for those who are looking for a holiday in the mountains, focused on sport, fun or, more simply, total relaxation. Macugnaga offers many different activities in summer or winter …
open accommodation information | see on map

Verbano-Cusio-Ossola | Museum
Museo della Milizia
It is home to a remarkable collection of weapons, friezes and uniforms starting from the 17th century, chosen among those still belonging to the traditional Militia. The traditional militia of Calasca, founded in 1641, is equal to that of the nearby Bannio, one of the Italy's oldest military …
open accommodation information | see on map

Verbano-Cusio-Ossola | Museum
Museo della Montagna e del Contrabbando
Museum with the intent of telling the centuries-old history of Alpine smuggling, which involves all frontier mountains and which now only belongs to the past. The only museum in Italy and in Europe that, through black and white images, recalls one of the most characteristic phenomena of the …
open accommodation information | see on map 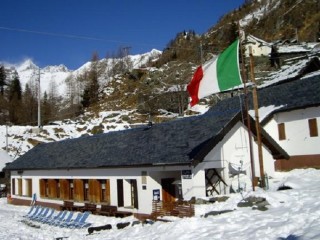 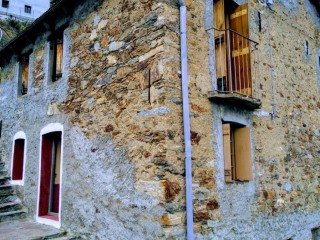