Recommended for mountain bike lovers: the panoramic route winds along the Valcerrina on unpavedroads, characterized by deep furrows excavated by rainwater in heavily tuffed soils.

Warning: the route is also suitable for city bikes only in perfectly  dry soil conditions.

Starting from the parking lot adjacent to Via Casale Molino the road leads to piazza Marcandà, an alternative starting point.

From the parking lot or the stop sign of via Casale Molino go right and after a few meters at the first intersection turn  and follow the road signs for Varengo .

Continue slightly uphill until the junction, turn left to Blengi.

Continue uphill on the tarred road for about km. 1.5, then a white road, and  keep climbing without deviations, approaching the top of the hill to where the road  becomes graveled and panoramic, the biggest effort having been made. There is a clearing (way point 21) which has been spartanly equipped but  enough to make a grill which probably serves for the various walks organized in the area.

Begin the descent, after about 100 m. you go onto another dirt road, go right onto a non-hazardous portion of descent but use it carefully for the presence of trenches caused by water and agricultural vehicles.  This descent leads onto a dirt road where it meets up with a crossroad,  continue for about 300 m. turn to the left (at the way point Variant  A, which is  a shorter route  for those  less trained, who wish to take advantage of it, (see later)).

Leave the white road and turn left downhill for about 1,450 m, initially still graveled  but which then becomes asphalted  with a steep  descent.

In the last curve, just after the Church of Santa Liberata you reach  Alemanno House, here is  an additional chance to shorten the route with variant B. (see later).

With the church behind you and looking at the curve just taken, is slight uphill dirt road to take and continue on until you get to a house named Ca d'Oddone, here is an asphalt road, go past the last house after a large curve  to the right on to another road which turns sharp left, (if you continue to way point C variant on asphalt for Villamiroglio) a short way ahead is a white road leading to Villamiroglio, take  the SP 4 for about 700 m. then take the first road to the right at the beginning of the curve, continue until you cross another road, turn right and after two curves near a house, again right and after 700 m. take the dirt road to the left with the sign "Ruderi del castello dei Miroglio" (2) This road leads onto asphalt near the cemetery of Varengo, continue uphill to the village, turn right, after a few meters between the houses you see an arch, if you want to visit the church of S. Eusebio enter  through the central square and the church. Returning to the provincial road to the (1) right and continue for Rosingo until you see a yellow chapel on the right (way point asphalt descent variant D), continue along the asphalted road until you reach Cerrina Monferrato and then on to the Provincial Road, go right and you will reach the starting point of the route, Cerrina Valle.

From way point Variant A, continue until you get on asphalt, you are at the gates of Varengo. Turn right and follow the directions of the route already described in point (1).

From the Alamano houses to  way point 006 go past  the church keeping it to the left and continue until you reach the dirt road to the right with the sign “Ruderi del castello dei Miroglio”  (2) and follow the route of the indications already described.

From Ca d'Oddone to the way point Variant C, do not turn left but continue on the asphalt until arriving at Villamiroglio.

From the way point is a gravel descent, turn right at the yellow chapel and then down a dirt road  with grassy patches (pay attention to the cart tracks), you reach an asphalted road,  go right, then on the  Provincial again right to the parking lot, the  starting point of our route  Cerrina Valle.

Alessandria | Wellness centers
Agriturismo Cà  San Sebastiano
COME WITH US TO SEE THE GIRO D'ITALIA (Minimum 4 people) This experience can be done simultaneously with the passage of the stage, that is FRIDAY 19 MAY and SATURDAY 20 MAY or it can be repeated all year from 1 May to 31 October . To celebrate the stages with arrival in Tortona and Castellania - …
open accommodation information | see on map 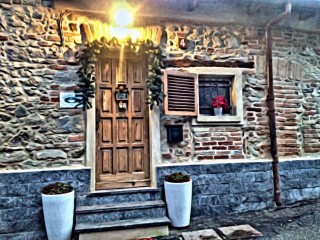 Alessandria | Bed & Breakfast
B&B Villadeati "La Casa sui Tetti"
Bed & Breakfast on the highest hill of Monferrato. Tranquillity, peace and a view that alone makes the journey worthwhile. A large panoramic terrace is available for the exclusive use of guests.
open accommodation information | see on map 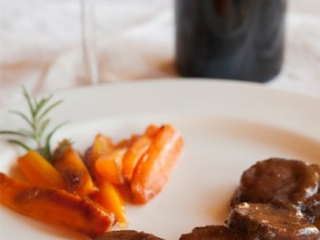 Alessandria | Castles, Fortresses
Castello di Gabiano
The considerable size of the Castle of Gabiano overlooks the River Po, in a stunning scenic position. As far back as the 8th century, the documents mention a “cortem magnam nominam Gabianam”. In 1164, Federico I granted the coveted investiture of Monferrato to James II. From this date, and due …
open accommodation information | see on map 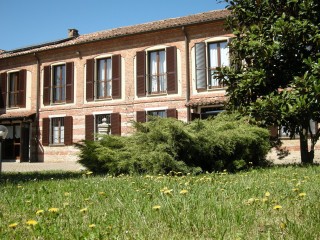 Alessandria | Rooms to let
Da Nonna Carla - Affittacamere
Da nonna Carla welcomes you to a typical Piedmontese farmhouse of the late 19th century in a small characteristic village of Monferrato where you can rediscover the rhythms, flavours and fragrances of the past. You will be welcomed as friends in a homely, welcoming and convivial atmosphere, for a …
open accommodation information | see on map 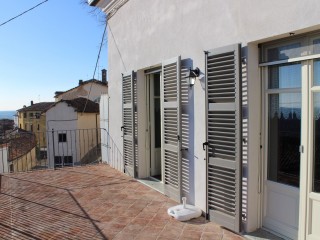 Alessandria | Rooms to let
La Villa di Pa'- Affitacamere
In a historical building dating from the 18th century, in the magnificent village of Villadeati dominated by the romantic castle, you can enjoy endless panoramas with views over the whole of Monferrato as far as the Alps. It is the ideal starting point for walks in the woods, tackling the …
open accommodation information | see on map 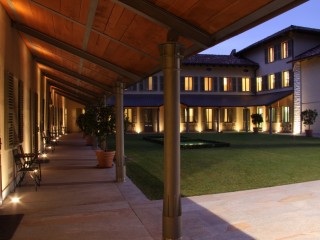 Alessandria | Hotels and tourist residences
LOCANDA DELL'ARTE
Hotel Residence avails of 15 rooms of various type and size obtained from the renovation of the old village kindergarten. The indoor pool with spa area and the restaurant serving dishes of the Monferrato tradition, complete the offer.
open accommodation information | see on map 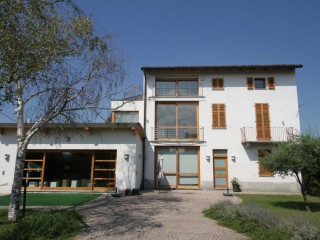