The route starts from Domodossola station and descends along Via Bonomelli. At the crossroads turn right towards the railway underpass and continue along Via Mizzoccola, going past the “AVIS” roundabout. Just before the bridge of Mizzoccola over the River Toce turn right where you will meet the cycle lanes on the right hydrographic bank of the Toce. Continuing on the cycle lane, go past the sports field of Villadossola and continue as far as a small bridge over the canal. After the bridge, take a left and go along the foot of the “Collina dello Sport” (possibility to enter a little further on) to reach the area of the Villadossola exit of the Superstrada. Cross on the dedicated pedestrian crossings and continue beyond the Ovesca torrent over the new road bridge with cycle lane. From the bridge, descend to the roundabout, turn left to cross a canal and continue on an unpaved track, which at the start seems to go back until you pass under the superstrada bypassing the autogrill (motorway restaurant) area. Having crossed the field in front of the autogrill (motorway restaurant), you are back on the cycle lane again which continues to the sports field of Pallanzeno. From here, continue along the canal on the left bank until a narrow bridge that crosses the canal. After the bridge continue left on an asphalt road, cross railway tracks and meet the provincial road. Cross, paying attention to the cars, and continue on a short section of unpaved road to then take a small paved road/cycle lane which goes along the railway track, passing the sports field and cemetery of Piedimulera until you meet the busy road which goes along the Anza Torrent and descends from Macugnaga. Turn right and continue straight on until the bridge over Anza. After the bridge, turn left along the torrent and bypass an industrial area. Immediately after the railway underpass, take the unpaved road on the left (irregular surface) which roughly goes along the Anza Torrent and reaches a hydroelectric station where a straight asphalt road begins. Following the directions, you reach the railway station of Pieve Vergonte and then the walkway for Vogogna. After the walkway, at the end of the short downhill section, take Via Resiga on the left and go as far as the sports field. Here, turn left into the railway underpass and continue straight until you meet the provincial road. Cross the dedicated cycle pedestrian section continuing straight on along the cobbled lanes that quickly lead to the historical centre of Vogogna. The route terminates at the Palazzo Pretorio, under the Visconti Castle.

In Vogogna, there is a free bike rental station in Vicolo Visconti.

The route starts from Domodossola, ancient capital of Ossola Superiore (Upper Ossola), with a well-preserved historical centre and the object of important restoration projects (il Borgo della Cultura) and reaches Vogogna, capital of Ossola Inferiore (Lower Ossola), listed as one of the 217 most beautiful villages of Italy  (in Italian "Borghi più belli d'Italia") (www.borghitalia.it), with an architectural layout of the medieval village that dates to the 14th century. Vogogna has also been awarded the  Orange Flag by Touring Club Italiano (www.bandierearancioni.it).

Since April 2018, the route has been marked with brown metal arrows showing the destinations and mileage. Can be cycled in full; Duration 1-3 hours 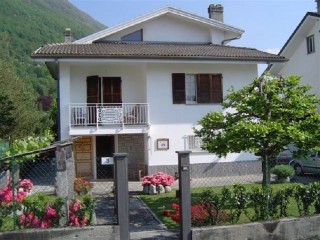 Verbano-Cusio-Ossola | Bed & Breakfast
B&B Il Tiglio
Il TIGLIO is immersed in the green landscape on the outskirts of Domodossola, an ancient city settled by the Romans in the 14th century A.D. Excellent departure point for visiting all the valleys of the Ossola and a few minutes from the Lake of Mergozzo, Maggiore and Orta. The B&B is found …
open accommodation information | see on map 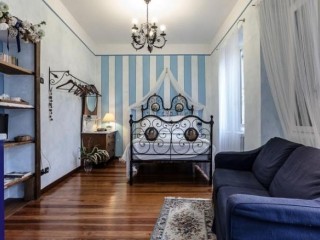 Verbano-Cusio-Ossola | Holiday Houses and Apartments
Residence Briona
Residence Briona is an elegant 15th century building located in a quiet pedestrian area in the historic centre of Domodossola. It avails of furnished apartments that overlook the internal courtyard embellished with arches. The apartments offer a fully equipped cooking corner and TV and avail of a …
open accommodation information | see on map