On the moraine hills of Medio Novarese, through forests and pleasant scenery along the undulating path of the vineyards between Mezzomerico and Suno, with a quick visit  between Varallo Pombia and Marano in the Ticino Valley.

Leaving from Suno (Piazzale near the cemetery); go through the village taking  the road on the left that passes from the local "il Forno" and go to  Conturbia, skirting the area of the Golf Club. Turn right onto the SP 23. Take the road on the left which goes through the Parco Faunistico "La Torbiera" until reaching Gagnago (SP 166). From here enter into Borgo Ticino. At the entrance of the village take the SS 32 and after 500m take the road on the right that goes through Martinazzo down to Cascinetta di Varallo Pombia. From here take the SP 29 on the right, go through Varallo Pombia and reach Pombia. From the inhabited area of Pombia, take the SP 148 steep downhill  to San Giorgio entering the Parco del Ticino. From here stay on the SP 148  and you get to Cascina Baraggiola; take the road on the right that goes up to Marano Ticino. Turn left onto the SP 4 towards Oleggio.  After the underpass of the SS 32, turn right and passing  from Cascina Sciaroli  you get to the SP 18 / A. Turn right and enter Mezzomerico; here by  turning right you enter  onto the SP 18 and return to Suno.

Suno - Parrocchiale della Santissima Trinità –‘Parish Church of the Holy Trinity’: built at the end of the 18th century,  has a very refined structure; the façade is preceded by a large pronaos, with statues of the Saints. On the left side is the crypt with the remains of San Genesio

Suno - Pieve di San Genesio: located just outside the town on the ancient Via Francigena; today in poor structural condition; It presents a  characteristic portico. Adjacent to the Battistero di San Giovanni –‘Baptistery of San Giovanni’ in a circular shape, demolished in the first half of 800.

Suno - Castello and Parco Della Porta: the castle built on a previous medieval fortress, was the subject of redevelopment during the nineteenth century. Also worthy of note is the park in which there are several species of secular plants

Conturbia - Castelconturbia Golf Club: designed by Robert Trent Jones Sr. the route covers a vast area characterized by the presence of an ideal terrain for golfing, against the backdrop of the Monte Rosa massifs

Agrate - La Torbiera Wildlife Park: An important find happened during some excavations of the last century in the park area: a pile-dwelling together with clay artifacts and worked flints. Currently the territory is protected by environmental conservation laws and is home to a wildlife park open to the public

Borgo Ticino - Church of Santa Maria Assunta: datable to the second half of the twelfth century is located on a hill in the center of the village. The current building dates back to the nineteenth century and is the work of the Novarese Luigi Orelli

Varallo Pombia - Parish Church of SS. Vincenzo and Anastasio: built in the eleventh century and then underwent enlargements in the following centuries, preserving Romanesque origins. Inside there is a painting by Nuvolone depicting the Madonna and Child between Sant'Anna, San Giuseppe and San Vincenzo

Pombia - Parish Church of San Vincenzo: rises in the locality of the Castello. Inside there are valuable frescoes and decorations dating back to the year one thousand 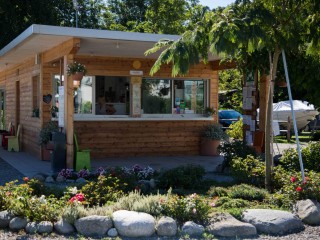 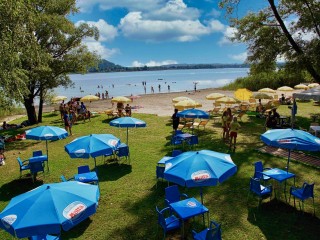 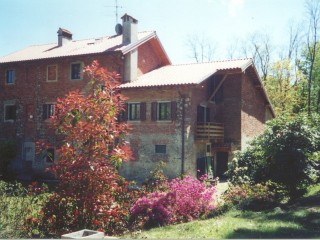 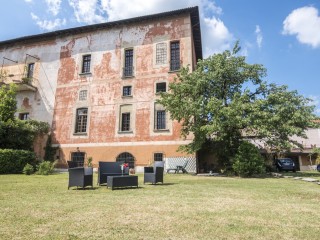 Novara | Museum
Museo Civico Archeologico
The Archaeological Museum of Arona was inaugurated in 1997. It is located in the left wing of the 19th century Indoor Market in the central piazza San Graziano. It gathers the archaeological finds from the town and the Basso Verbano area.
open accommodation information | see on map