From Novara to Galliate and to the Piedmont and Lombardy Ticino Park, along the cycle paths to discover places of particular natural and environmental beauty

The itinerary is completely flat. You travel approximately 51 km, of which 20 are on excellent dirt tracks, fully enjoying the beauty of the Ticino Park.

Galliate - Visconti-Sforzesco Castle: Built in 1476, on a previous Visconti military construction, it has a rectangular plan, towers with Ghibelline battlements, embrasures and large moat. It is mostly municipal property and the interior is now home to the Library with beautiful frescoed rooms and several exhibition spaces, one dedicated to the racing driver Achille Varzi, originally from Galliate; the large internal courtyard is used as a venue for important national and international events that are held annually

Galliate – Parish Church of Saints Peter and Paul: Rebuilt in the 19th century, in neogothic style, the characteristic feature is the 45-metre bell tower that has remained unfinished

Galliate - Shrine of Varallino: The shrine dedicated to the Nativity of the Virgin Mary is on the way out of the historic centre, in Vulpiate. It was built in the 16th century to the design of Pellegrino Tibaldi. The building reflects the model of the Sacred Mounts in the interior, with painted chapels and evocative statues depicting the Sorrowful and Joyful Mysteries, by Dionigi Bussola and Giuseppe Argenti. Worthy of note is the fresco of the cupola depicting Paradise, painted by Lorenzo Peracino.

Galliate - Seven Fountains: located inside the Ticino Park, it is named after the 7 springs that flow from here. Already known as a recreational site in the first half of 1850, it is still a meeting place and equipped area for stops and picnics. The Orlandi powerstation stands on the shores of the Naviglio Langosco, which flows from the Ticino and runs parallel to it. A hydraulic engineering work that bears witness to the industriousness of the people of the Ticino Valley and the exploitation of its water in the first half of the 20th century.

Cameri - Villa Picchetta: The complex of Villa Picchetta, headquarters of the park, is located at the entrance to Ticino Park. The building is u-shaped, and the 19th century frescoes in grotesque style of the Octagon Room and the recently restored meridians, situated on the walls at the entrance of the villa, are worthy of note. The gardens that surround it create a beautiful scenic effect. The building also incorporates the Oratory of Santa Margherita and the Immaculate Conception.

Bellinzago - Old Mill: Already mentioned in the 16th century, but restored in the 18th century, it was recovered by the Ticino Park and Lake Maggiore Authority and has been used as Regional Centre of Environmental Education since 1985. It is still possible to observe the operation of the mechanisms and gears that are operated thanks to the waters of the Roggia Molinara.

Oleggio – Iron Bridge: Built between 1887 and 1889 on the River Ticino, the bridge has a lattice structure and is 187 metres long. During the Second World War, it survived the bombings thanks to its particular configuration. 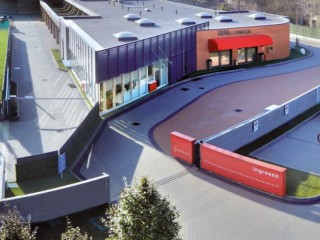 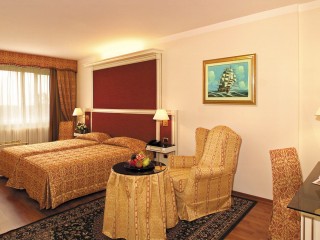 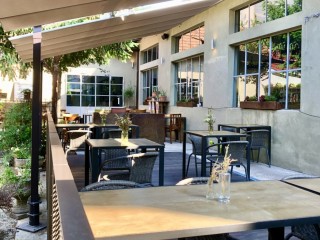 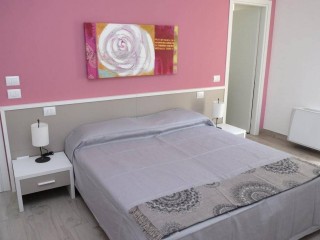