Go back down the same path you came on until you reach a grassy area, at which point follow the indications for CAI 139 on the left: it is the trail that curves around the southwestern slopes of Monte San Vito. After a final steep stretch, return to the main gravel road, which goes first west and then south, anti-clockwise, around the hill. Follow round to the left, until you shortly reach a tarmacked surface near the village of San Vito. Quickly climb three bends, before the road levels out next to the very top of Mount Piasì, with its characteristic vertical wall. The uphill path is visible on the right. Enter the woods and as the path opens up, you leave it. Continue right, on a fast downhill track that leads into the open after a stretch of trees. Continue on the dirt track on the right, immersed in the ravines. When you reach the fields, ignore the very steep path that continues straight on and flat dirt track on the left, and follow the main road that continues to the right. Go back into the woods until you find another steep sandy ramp with visible rocks that leads to the northern slopes of Mount Provinera. You are almost at the start of the descent, the so-called DH Bavantore, a nosedive of just over 1km that begins with rocky, sandy surface, and continues fast and challenging until it ends. After that, it unfortunately turns into a cement ramp flanked by vertical walls of the ravines. Bavantore (7) is close by, along a gentle road.

Once you reach Cascinotto Rogoron (10), cut through the fields, along a long and enjoyable stretch of dirt roads that alternates with brief stretches along a tarmacked surface, going through Cascina Galla (11) and Cascina del Convento (12). Have a wander around some of the main villages of the Tortona hills, such as Carezzano Superior, Paderna, Spineto Scrivia and Castellar Ponzano (13), until you finally resume the tarmacked road at Cascina Gatti (14) near Carbonara Scrivia (15). From here, descend towards Villaromagnano (16), for the last 2 km of the route.

Variations - there are various different options that make the route around San Vito more interesting. Here you will find the most useful route if you want to avoid doing the same stretch more than once. Basically, when you near the Colletto di San Vito (5), turn right and then take the next junction on the right, leaving the so-called totem on the left (a rocky summit): the descent is relatively wide but fun, with its rocky outcrops and stones. Follow the main road that towards the end turns into a compact surface, before a final ramp that leads us into the open to find the gullies are back in all their glory. Here, turn left, and climb a dirt track with quite a difficult surface (that has been excavated by the elements) until you get to the main dirt road. Turn back and left uphill, back to Colletto di San Vito, and continue along the route towards the summit of Monte San Vito (6). Cristiano Guarco 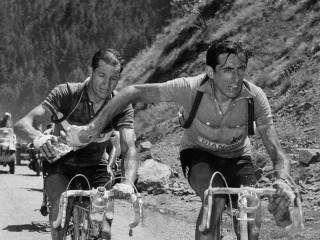 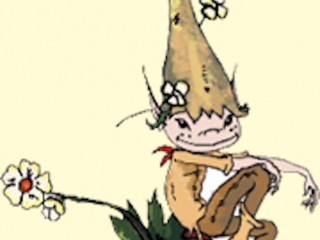 Alessandria | Hotels and tourist residences
Il Carrettino
In addition to the restaurant, some services offered: visit to the farm and to the Abbey of Rivalta Scrivia
open accommodation information | see on map 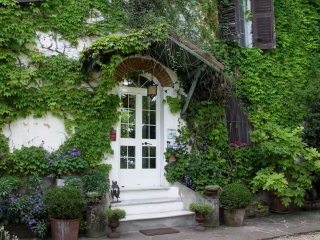 Alessandria | Museum
Pinacoteca "Il Divisionismo" Fondazione Cassa di Risparmio di Tortona
The permanent exhibition " Il Divisionismo" of the Fondazione Cassa di Risparmio di Tortona displays an intriguing series of works which provide an excellent representation of the development of art in northern Italy in the period between the end of the 1800s and the beginning of the 1900s. There …
open accommodation information | see on map