From the Local Tourist Office in Biella, in Piazza Vittorio Veneto 3, we start pedalling and at the first roundabout change direction to exit the city to head towards Tollegno skirting the right bank of the River Cervo. This area is home to the old wool factories and Cittadellarte, artistic headquarters of Michelangelo Pistoletto, internationally acclaimed artist. The climb of Valle Cervo will begin, the valley characterised by the syenite quarries and, following the homonymous river, cross the village of Andorno, with its Rapa liqueur factory, famous for the historic cherry ratafia, then Sagliano Micca, birthplace of the hero Pietro Micca, military miner in the Savoy army of the 1700s, where it is possible to stop and visit the museum dedicated to him.

Then we meet the historic Cappellificio Valle Cervo and the rocky climbing wall of the Balma hamlet. You reach Campiglia Cervo with the town hall decorated by the coats of arms, to reach Rosazza, the "most mysterious village of Italy", full of architectural symbols, connected with fascinating mysteries!  A visit to the Church, Castle and House Museum dedicated to mountain civilisation is recommended.

If the road as far as this point was uphill with a constant gradient and very few and short stretches, all easy to ride (18km with an average gradient of 3%) after passing through Rosazza, and before the bridge over the river, the deviation on the right takes us uphill in the direction of the Shrine of San Giovanni and tunnel which leads to Oropa. There are 9 demanding km with average gradient of 7.3% and with the last, short stretch of approximately 300 m also at 24% to do en danceuse!

The climb to the tunnel of Rosazza skirts the third most important shrine of Biella, that of San Giovanni, the only shrine dedicated to San Giovanni Battista in Italy. You can stop for a break here (bar and restaurant and also the possibility to stay in its rooms); before continuing your climb. The entrance to the tunnel (CAREFUL equip yorself with lights for the crossing) and, first, the Locanda Oropa (bar and restaurant) will welcome you after the last stretch, the most demanding of the entire route!

Passed the tunnel, you will clear the hill at 1488 metres above sea level and continuing on a winding descent you reach the UNESCO site of Oropa (about 5 km). Don't forget to take a short break, at the exit of the tunnel, to admire the Shrine from above!

The Sacred Mount of Oropa, declared UNESCO heritage site in 2003, is inserted into a stunning natural amphitheatre at 1200 m above sea level and, together with the shrine, is considered the most important place of Marian devotion of the Alpine arc. After a well deserved stop to admire the beauty of this place, stop in one of its numerous bars and restaurants and perhaps admire the Black Madonna to which the Shrine is dedicated. Then, descend to the valley travelling thirteen exciting km of bends with stretches at 13%.

The famous climb, one of the Pantani climbs, starting from the city of Biella, which climbs to reach the Shrine, measures 13 km: there will be areas that can be pedalled and others that are more demanding. This is the climb of Pantani's legendary victory in 1999 which has stuck in the memory of many cyclists. The exciting comeback of the champion from Romagna, forced to stop for a jumping chain with the leading group launched towards the finish, was exciting.

But before reaching Biella Piano in Bottalino, we will turn right and climb to Biella Piazzo, the oldest part of the city. Characterised by the medieval style of its lanes (BE CAREFUL: pebbled roads) and of its buildings, from the ancient shops and by bars with outdoor decks, after having crossed it, we will descend for the last section to Biella Piano to arrive in front of the Local  Tourist Office, from where we took off 45 km ago! 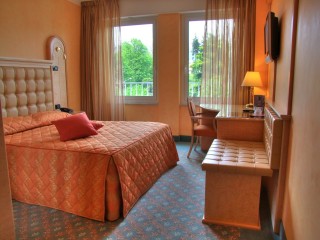 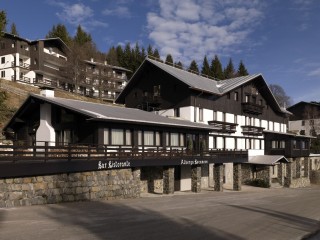 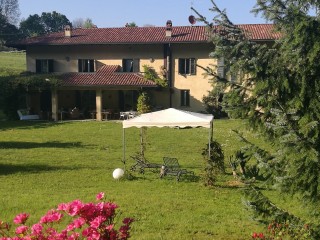 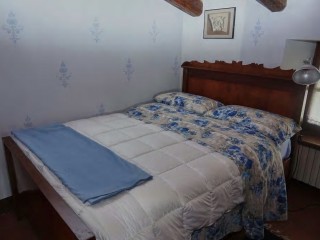 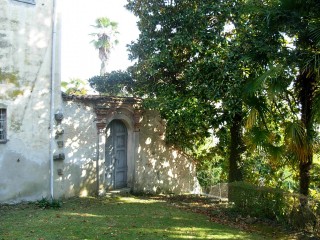 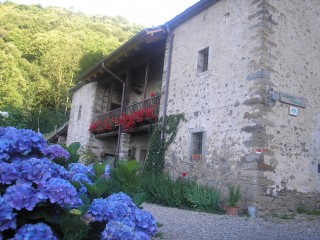 Biella | Bed & Breakfast
B&B Cascina Canale
Cascina Canale welcomes you to the panoramic and sunny side of the Elvo Valley, at an altitude of 800 metres. Surrounded by woods and fields that transform into a colour palette in autumn, it is found in one of the most attractive places of the Biella Prealps. Difficult not to fall in love with …
open accommodation information | see on map 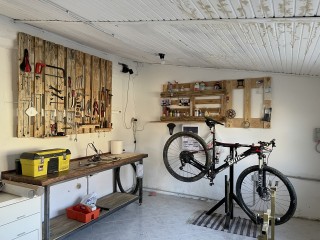 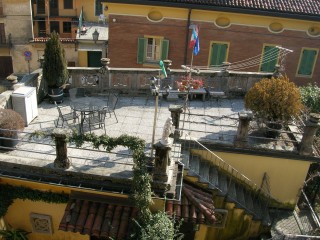 Biella | Bed & Breakfast
B&B Il Terrazzo
The facility offers a large garage for the storage of bicycles, a place to clean them with a pressure washer and a small workshop with maintenance equipment. There is also a laundry and ironing room.
open accommodation information | see on map 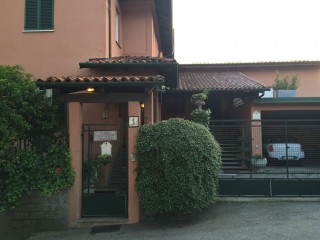 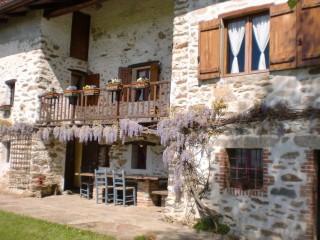 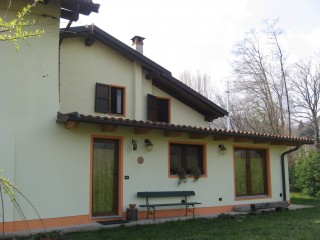 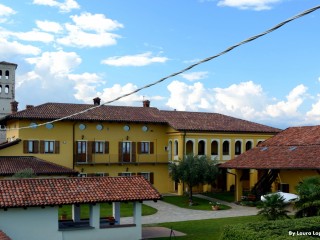 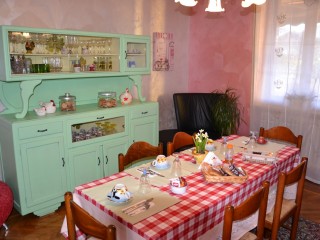 Biella | Bed & Breakfast
B&B Mimosa
The passion for art gives way to a home that is as warm and welcoming as a blanket, a small and peaceful haven away from the hustle and bustle of everyday life. A second home where one is happy to return to rediscover how precious it is to regain one’s own well-being.
open accommodation information | see on map 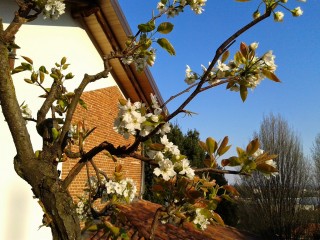 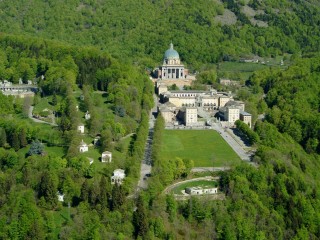 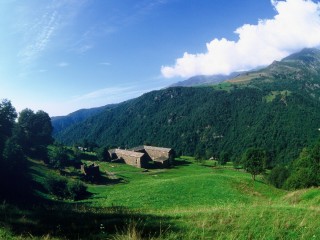 Biella | Holidays Houses and Youth Hostels
Foresteria della Trappa
Museum site – Eco museum and Biellese Museum Network – and welcoming stop-off stage for hikers on foot, bicycle or horseback, the Trappa is a fascinating facility at an altitude of 1000 m in the high Elvo valley, reachable from the SP512 of the Tracciolino (8 km west of the Sanctuary of …
open accommodation information | see on map 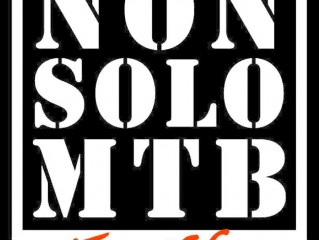 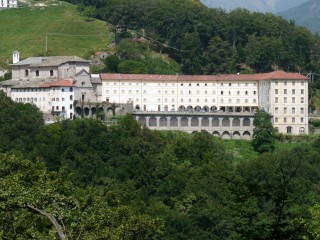 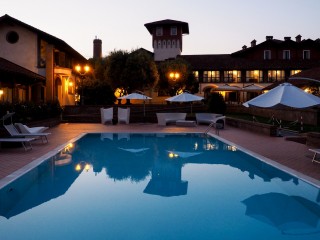 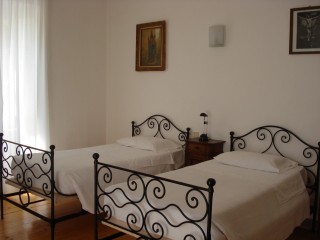 Biella | Holidays Houses and Youth Hostels
Santuario di Oropa
For those who wish to live an experience in contact with spirituality, art and nature, the Sanctuary of Oropa has about 300 rooms available; from the charming Suites and Junior Suites, furnished with vintage furniture and wrought iron beds, to the more sober Comfort and Tourist rooms. The …
open accommodation information | see on map